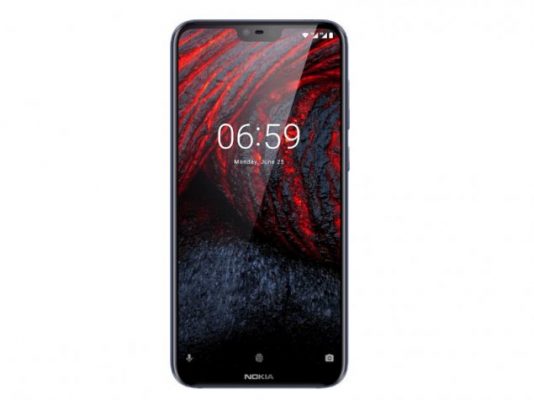 Finally we have Got a Solution to Unlock the Bootloader of Nokia 6.1 and Going to Share With You. The Nokia 6.1 Smartphone is Run on android 8.1 Oreo Os Which is powered by octa-core Snapdragon 630 Processor and it comes with 4GB of RAM. The Phone packs 64GB of ROM that can be expanded up to 400GB via a microSD card. As far as the cameras are concerned, the Nokia 6.1 Plus packs a 16-megapixel primary camera on the rear and a 16-megapixel front shooter for selfies.

it has a 3060mAh battery and the Phone measures 147.20 x 70.98 x 8.59 (height x width x thickness) and weighs 151.00 grams.Nokia 6.1 Smartphone is a dual SIM (GSM and GSM) smartphone that accepts Nano-SIM and Nano-SIM. Connectivity options include Wi-Fi, GPS, Bluetooth, USB OTG, 3G and 4G (with support for Band 40 used by some LTE networks in India). Sensors on the phone include Compass/ Magnetometer, Proximity sensor, Accelerometer, Ambient light sensor and Gyroscope.

Steps to unlock bootloader on Nokia 6.1:

1.Connect the phone to the computer.
2. Start a command prompt in Administrator mode .
3.Write the path to the folder with the adb ” C: \ android \ adb ”
4. After, we switch the phone on to fastboot mode with the command ”
adb reboot bootloader
5. Check whether the phone has been defined with the
fastboot devices
command
6.If it was defined, “

is the full name of the signature file, put it along the path C: \ android \ if Present in the adb folder use code:]

7. After the inscription” success “we write out the command”

8.The text on the phone, the volume Rocker and the lock key will be selected “unlock bootloader“. We are waiting for the phone boot.
9. Done You can Boot up Your Phone using this code

How to Install Stock Firmware on Samsung Galaxy A3 SM-A315F